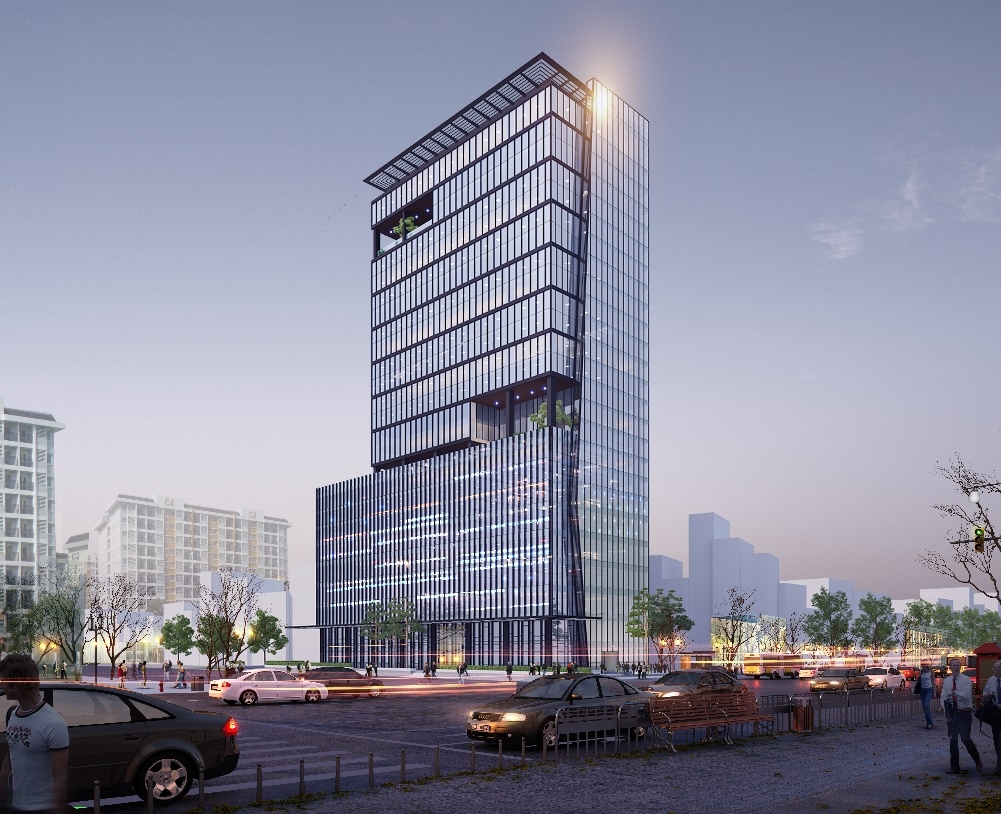 HANOI – Japan-based firm Sanei Architecture Planning Co., Ltd, which is active in the real estate sector, has taken part in a joint venture with Leadvisors Capital Management to develop the Leadvisors Tower office block on Pham Van Dong Street, Hanoi City, at a total cost of US$35 million.

LeadvisorSanei Hospitality Holdings, the joint venture between the two firms, is expected to receive 51% of the total investment capital from the Vietnamese firm, while the remaining capital will be covered by the Japanese side. The office-for-lease building project is slated for completion in the third quarter of 2019.

Speaking at a signing ceremony aimed at authorizing Savills Vietnam to act as a consultant to lease offices at Leadvisors Tower on October 23, Huynh Minh Viet, chief executive officer of LeadvisorSanei Hospitality Holdings, said that even though numerous Japanese firms have invested in Vietnam, no office-for-lease buildings have been designed or developed based on Japanese standards. This was the reason for the construction of Leadvisors Tower, Viet added.

Viet said the cooperation with the Japanese firm was aimed at establishing a Japanese-style office building in the Hanoi market.

When complete, Leadvisors Tower will meet Japanese Grade A office building standards and cover some 28,000 square meters, with 25 floors and three basement levels.

Talking about the office market, Matthew Powell, Hanoi branch director for Savills Vietnam, said demand for offices for lease in Hanoi City was on the rise as the city was attracting strong foreign investment and seeing the rapid development of startups. Therefore, customers have faced a shortage of offices, forcing them to lease old offices for their businesses.

As such, the leasing of offices in Hanoi City is on an upward trend, particularly the high-end ones, Powell added.

Hanoi City currently has 1.7 million square meters of office space, with mid-end offices accounting for the majority and high-end offices making up a mere 26%, according to Bui Trung Kien, associate director of Commercial Leasing Savills Hanoi.

“The current average rent for a high-end office in the east of the city is US$25 per spare meter,” Kien said.

Besides this, Lars Wittig, Regus country manager for Vietnam, Cambodia and the Philippines, said the company had had difficulty finding new spaces in premium office buildings where it could develop business centers. Regus plans to open one more center in Hanoi, which is scheduled to cover one-third of the combined area of its existing nine centers in the city.

It is said that the number of centers owned by Regus, a global workplace provider, has recently risen from 60% to 89% in Hanoi City.