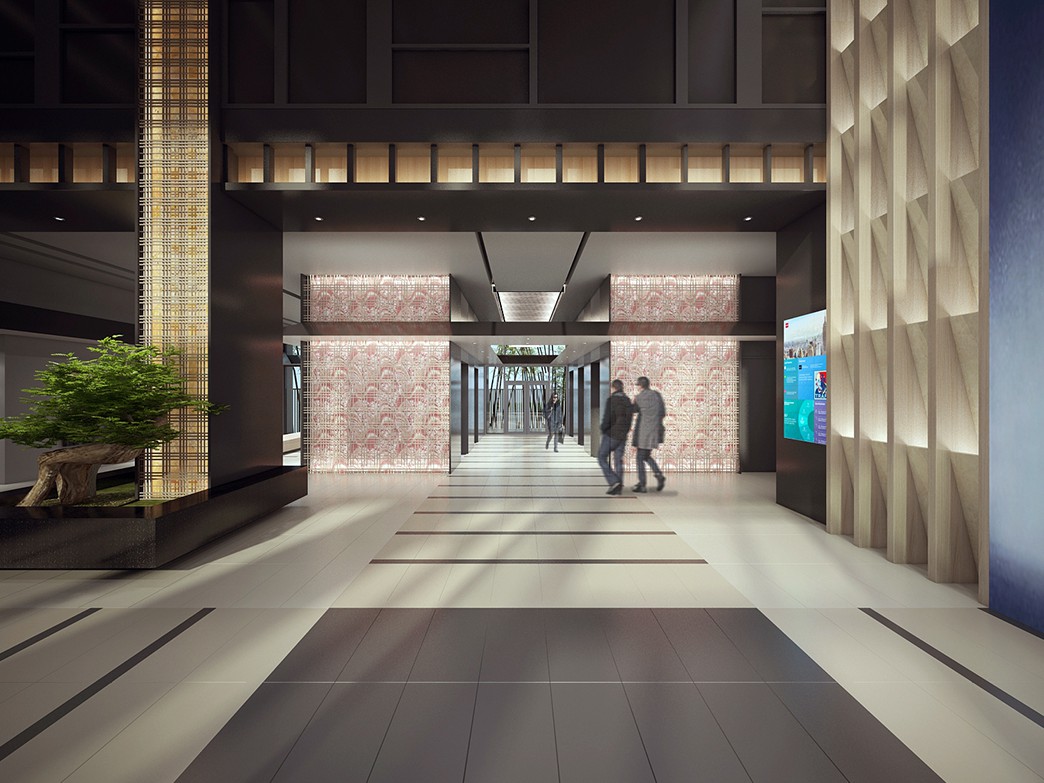 In the next 2 years, when the supply increases by 5% / year while demand increases by 7% / year, the occupancy rate shall decreases to 85-90%, a safety index for investors.

The news that Savills Vietnam is designated as the exclusive leasing consultant Leadvisors Tower office building located on Pham Van Dong street of Hanoi has not been able to cool down the Grade A office market in Hanoi.

Many expectations are given to Leadvisors Tower in providing a unique, high-class workspace and many utilities for tenants. In particular, the green gardens, with Japanese Garden designs on the first floor, the 10th floor and the rooftop, are considered by the CEO of LeadvisorSanei Hospitality Holdings, Mr. Huynh Minh Viet, as the "highlight" of the project.

In fact, the content mentioned by Mr. Viet has been verified by Savills, as it is an important factor for this unit to make the decision to become an exclusive consultant for Leadvisors Tower, even when nearly 20,000 m2 leasing area of this project is only "salt in the sea".

Grade A office segment is in short supply while demand continues to increase. Data from Savills Hanoi indicates that the total supply of Hanoi office is 1.7 million m2, including grades A, B and C. However, in this total area, Grade B accounts for the largest proportion, while Grade A is only 26%.

Savills Hanoi's Director, Mr. Matthew Powell, said that the demand for offices in Hanoi market is quite large as more and more start-up companies and foreign companies invest in Vietnam.

The Hanoi office market grew steadily in most regions, Hoan Kiem, Cau Giay or Tu Liem. In the central area, the occupancy rate is impressive, with Hanoi Tower being 100% or Landmark 99% ...

Domestic companies account for a large proportion of office leasing in Hanoi and in Grade A segment, mostly banks and financial sectors along with Japanese and Korean companies.

Nowadays, finding a Grade A office with an area of 500-700 m2 in Hoan Kiem District is not easy. Even in the West of Hanoi, where Leadvisors Tower is located, Grade A office is almost no longer available.

In this region, PVI Tower has been completely occupied by "loyal customers" like Samsung Vietnam, while Keangnam's occupancy rate is also around 98-99% ... Here, the office rental prices are at good level, averaging USD 25/m2, far exceeding the level of USD 20 USD/ m2 of 2013.

Based on Savills's forecasts, in the next 2 years, Hanoi office market will continue to have good growth rate, but with supply increasing by 5%/ year while demand increasing by 7%/ year, the occupancy rate might slightly fall, down to about 85-90% but this is a safe and good index for investors.

Accordingly, Grade A segment shows a lot of potential, as the current total area is only about 435,000 m2, equal to 11-15% of other major cities in Southeast Asia. This segment will target at customers with potential to expand each year.

"Great demand is a good sign for investors in office buildings in Hanoi, with a high occupancy rate, up to 94%," said Matthew Powell.

According to Hanoi Savills's Director, the launching of Leadvisors Tower project at the time of low Grade A office supply promises great success. This is not only because the product is suitable for multinational companies, as well as Vietnamese companies, but also due to market factors.